I heard an ugly rumor yesterday about Microsoft SQL Server 2008 R2 from Gaby Amar at Softmart saying that in order to use SQL Server 2008 R2 in a server/CAL model you will have to have 2008 R2 CALs as well (typically for R2 releases you don't need an updated CAL). Well...checked it out with Microsoft licensing and he was absolutely correct (I should have known better than to be surprised, LOL)!

Customers who have active Microsoft Software Assurance on their exisiting SQL Server products will have the new release rights, but those that don't will need to purchase new licenses in order to run the software (for those who run in Server/CAL mode this means both new server licenses and new CAL licenses).

Microsoft has provided the following links for further information on licensing:

If you have any questions - let me know! This is a huge change in Microsoft's licensing trend.

Thanks for drawing attention to this, Cynthia. I think that many users will be confused by Microsoft's decision here. 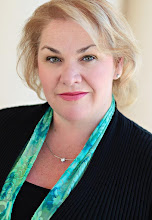